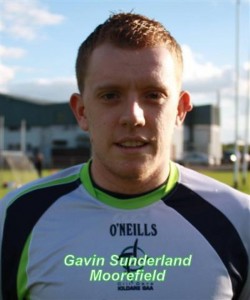 Who was your childhood hero?

Liam Dunne, Wexford hurler. He made me my first ever hurl and also gave me his jersey from the 97’ All Ireland semi-final! Loved his
style of play on the field too.

Who’s your best friend on the team?

I get on with all the lads really, it’s one thing you can say about the team, we all get on great and that’s what brought us together to
win the Intermediate championship against the odds last year.

Who’s the tough nut of the team?

2 horse race between Kevin Corry and Chrissy Reilly, with Kevin winning after taking Chrissys head off!!

Who’s the Joker of the team?

Between Dave McElroy and Matthew Kemmy, you won’t find too bigger dossers but it’s all great banter!

Who’s the most skilful?

Dave Smyth is a class hurler, very unfortunate not to have been starting on the Kildare team this year, hopefully next year. 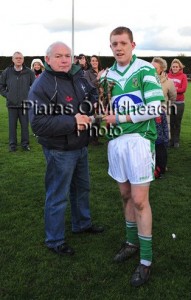 Gavin receiving a Man Of The Match Award

Who’s the most intelligent?

Dave McElroy again, was able to tell us why they put the lime in the corona bottle there recently, very impressive!

Easily Niall Kennedy. Used to own a Ferrari though, so doesn’t do too badly for himself all the same.

Who’s the worst time keeper on the team?

Unfortunately, I put myself forward here, I have been working on it though….and getting nowhere really!! 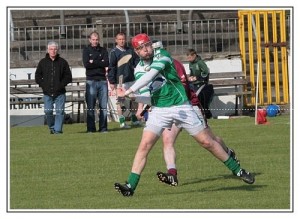 In action vs Leixlip; Senior C.Ship 2011

Who is the best dancer?

I’m sure everybody in Moorefield would agree Mark Sexton is, never seems to off that podium in Swifts!

Who is the worst dancer?

Dave Barrett has a few jigs that are laughable, they have rubbed off on all of us, I’m sure we look the part!

Who’s the best player you have played with?

Mick Moloney is still lethal to this day, despite being 42 (I think), can’t imagine what he would have been like in his prime. Martin
Fitzgerald of Ardclough and Kildare who would make it on most county teams is another.

Who’s the best player you have played against?

Played against Tony Browne during his Carlow I.T stint, he actually marked me for a little while, was brilliant getting to play against a
man who has done it all but win the All Ireland, most people describe him as the best player never to win an All-Ireland.

Who’s the biggest whinger on the team?

Dave Smyth and Mark Doyle are fairly bad, but if you were to ask the others they’d say Gavin Sunderland, don’t really know him though so won’t comment!!

John Sheehan, never trains but seems to always play. Think he does be down in Jims for a cup of tea every now and then!! 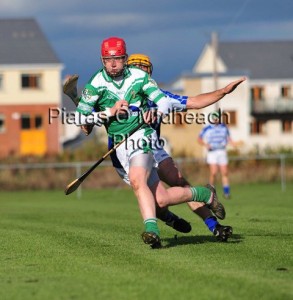 This entry was posted in Features, Intermediate/ Senior. Bookmark the permalink.