What did it mean to you for hurling in Moorefield that they were entering a junior team this year?

For me it meant progression and sustainability, being able to fill a junior team and win out
the championship, just shows that hurling in Moorefield has come a long away
and it’ll be around for another while yet.

When did you begin your training for this year? What kind of training did
you start with?

I started back in the second week in December, with circuit training 3 times a week, and a
fitness assessment on the weekends. Then I progressed on to the training field
with the team on the first week of March.

Were you worried about being able to field a team at all in the junior grade?

No, not once. I knew we had a lot more players this year who were new to the club and they
would grab any chance to show the selectors what they had to offer, as well as
the rest of the senior panel who were eligible to play junior.

Did you have confidence that the team could/would perform at this grade?

Oh definitely, we have a lot of young skilful hurlers in the club and to bring them together with
the older players I knew we would have a decent team and we would be able to
contest the championship.

Did the misfortune of the senior hurlers this year affect/motivate you in
any way?

Yeah it did, it was a big blow for me personally, because I’ve been playing for the club all my
life and to reach this level and have the team plagued by injuries and work
commitments was a hard thing to take. But it made me want to succeed even more
and show people that hurling isn’t dead in the club.

What do you think was the key to success for the junior boys?

I think it was the experience of the background staff and the older players along with the influx
of new players to the team, because it made people knuckle down and fight for
their place on the team during every training session and every match.

Will Moorefield be able to field an intermediate and junior hurling team
this year?

Yes, we’ll have a strong panel of players to pick from this year so I’m sure that those on the
junior team will be looking to break into the intermediate team.

Can you see any of the junior hurlers from this year progressing onto next
year’s intermediate team?

Yes I can, the final against Sarsfields just showed the skill and determination the players on
the junior team have and I’m sure the management of the intermediate were
looking at this a warm up match for next season. 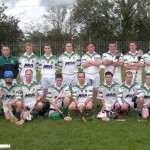 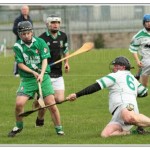 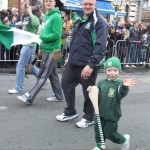 This entry was posted in Features, Junior Team. Bookmark the permalink.